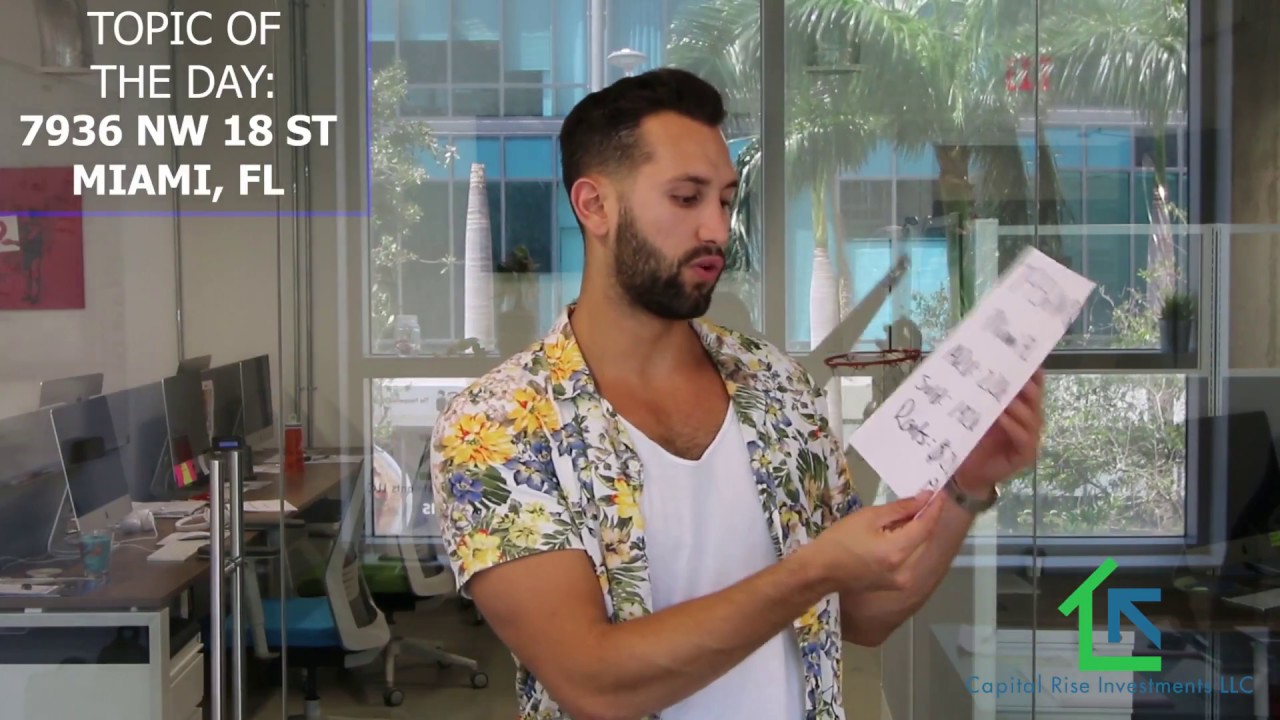 Raoul here, from Capital Rise Investments. I like to do these little deal reports every once in a while to show that we’re actually doing real deals, real time and we’re not just talking a bunch of crap on camera.

So, this is a deal in Miami, Florida. It was a duplex actually. This is a duplex. And this is more geared toward the people who want to buy more properties for passive income, for rental.

Well, unless you’re like a really avid trader, like I don’t know, someone in the market, I don’t even know who they are. Donald Trump or something, who knows? Or maybe I shouldn’t throw around the Trump word, you know? ‘Cause people don’t like that. I’m not here …

Anyway, okay. Let me get back on track. So, moral of the story is, that was a real easy deal that our buyer … It was on [inaudible 00:01:50], he went to go check it out, he saw it, he said, “Hey, I like it.” I think we were asking $195000 and then we negotiated a little bit to $192000. We don’t usually have a lot of room for our deals, but he got a little better deal. Very nice rental, doesn’t need a lot of work, duplex, two separate houses, concrete structure in Miami with … What else do you want, man? What else do you want?

So, all right guys. I’m gonna have a little link so you can see our deals or reach out to us on our website. Check out what we have if you want. If you don’t care, it doesn’t matter. If you wanted our spreadsheet that can show you how to analyze deals. Also, on our spreadsheet, I forgot to say this, but it analyzes rental deals. It’ll even analyze how much money you’d get in percentage, so basically your percent return. It’ll cash on cash return, depending if you have a mortgage. If you have a mortgage, you can even input it and it’ll give you the exact number. And if you have partners in the deal, let’s say you’re buying with a buddy, you each are putting 10 grand or whatever, it will … You put how many partners and it’ll divide it, so you’ll know exactly how much you guys make. So, it’s actually really cool.

But anyways, so we clicked the links for that and happy investing, powerful investing.