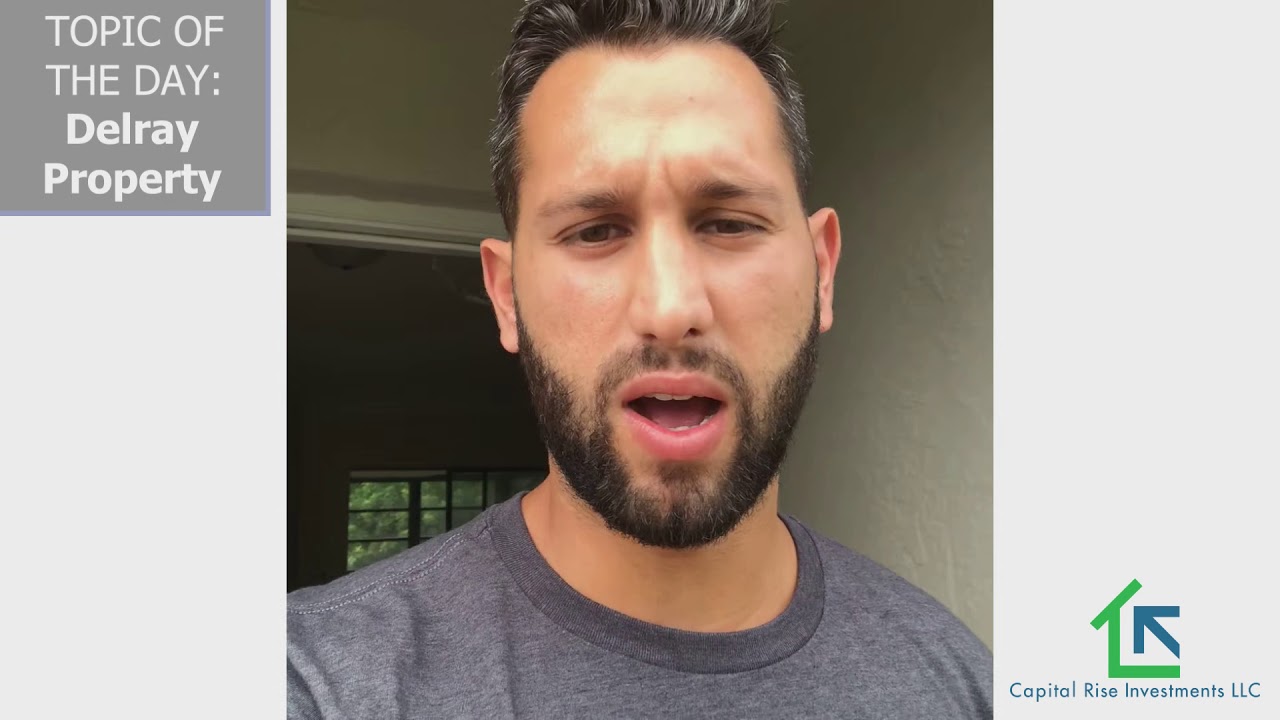 Speaker 1: All right. So we got a little rehab update. This one we started a month ago or something like that. Palm Beach. Actually, I’m gonna go on the outside real quick. Palm Beach crib. Delray. So, we bought this. It was a foreclosure. Yeah, we bought it. We picked it up. Delray. We got it right off the MLS actually, and it was a short sale so we had to close pretty quickly. We really didn’t have a chance to sell it to any of the investors, so I had to buy it and rehab it. So, check me out. Check me out. So look at that.

I’m gonna turn the camera around so you guys can see. So, we got this. It’s kinda like 80 percent complete. It needs a little more, but let me walk through. So, we got here. This is one of the rooms. This is a two-two. I got my name right there. So, the two-two here. This is the bathroom they’re doing. The lights don’t work. Okay. Bathrooms. The kitchen. We actually had to open this up a little bit. This didn’t exist. That was actually here in the middle of this, which made no sense. This is the master room. Nice little closet here. I don’t know if you guys can see. It’s kind of dark. This is the master bath. Pretty pimping. Pretty pimping. This is in Delray, right? So, I mean pretty nice area. This is this room here, which gonna change the floors and gotta redo some of this stuff, but pretty nice overall. I think there’s a garage over here. Yeah. Gotta change this door. It’s ugly. This is the garage where we got some materials. Still finishing it up, but yeah.

So, basically the numbers are we’re selling this house at 172. It’s worth about 265, 270 depending on condition and all that stuff. We actually ended up picking it up at like 160. Last minute we were able to get a little bit better price. We’re selling it to our investors for 172. Just to kind of explain a little over the top, after closing costs and stuff like that, it’s not like the full profit is ours in our pocket. There’s a lot that goes into closing and stuff like that. So, yeah for instance, we’re selling this one for 170. Let’s call it 170, 172 and worth about 265. So far, I think I’ve put like 27,000 in it. It needed a pretty good rehab. It was because … I estimated 25,000 and so far I’ve put like 27,000 and it was because the thing in the middle that I was showing you guys, that little closet over there, was in the middle of the hallway here. I didn’t really estimate to move it, and it was electrical and stuff like that. We can just check it out. See, it was the AC closet. So, it was in the middle, so we had to move it and that cost me like an extra 2,500 bucks.

Yeah, I mean it’s a pretty decent deal. So, let’s say you get it for 170, you put 30 into it. Let’s call it 200. You could sell for 260 to sell quickly. There’s properties on the market for 275 like right across the street. You can’t see here, ’cause it’s on that side of the street. For 275, it’s the exact same property and this one’s gonna be a little nicer. So yeah, you could sell it for say 265. After commissions, closing costs, and stuff you’d make a pretty hefty profit. It takes work, so we’ve been working on it for about a month. I still probably have another week or two to go, and then I gotta put it on the market. Probably gonna take another two weeks to sell. Then we have to close it, which’ll probably take another 60 days. So, total process three to four months and maybe I’ll estimate that I’ll make 30, 35k.

So yeah, it might not be for everyone. If those profits or those numbers sound inciting to you, you could reach out to us. We’re always getting deals like this. I actually don’t enjoy closing on these deals so much. I’d rather pass it off to our investors, just because I’d rather employ the money of the profits we make into marketing to get more deals for more investors. It’s just the part of the business I really enjoy. But on situations like this, to not lose our credibility, we will close on these properties because this was a good agent friend of ours. He had this property, he’s like, “Hey, I need you to close.” It was a short sale. It was a big kind of ordeal. I don’t know if I said it was a foreclosure short sale, but yeah it was a short sale. My bad. It was a short sale. It was a restriction and we had to close on it, and the bank didn’t let us resell it. So, we came up with the money. We closed, and here we are a month later.

Anyways, if these numbers … this is the backyard here. Actually I gotta do some of this. Kinda strange. I don’t know what they heck this is. Look at that. You can put like a little … it’s like people get married there or something. So yeah, if this sounds like something interesting to you or if you wanna learn a little more about it, I would love to hop on a call with you guys or someone from my team can reach out to you and give you a little more information. We’re constantly getting new deals-