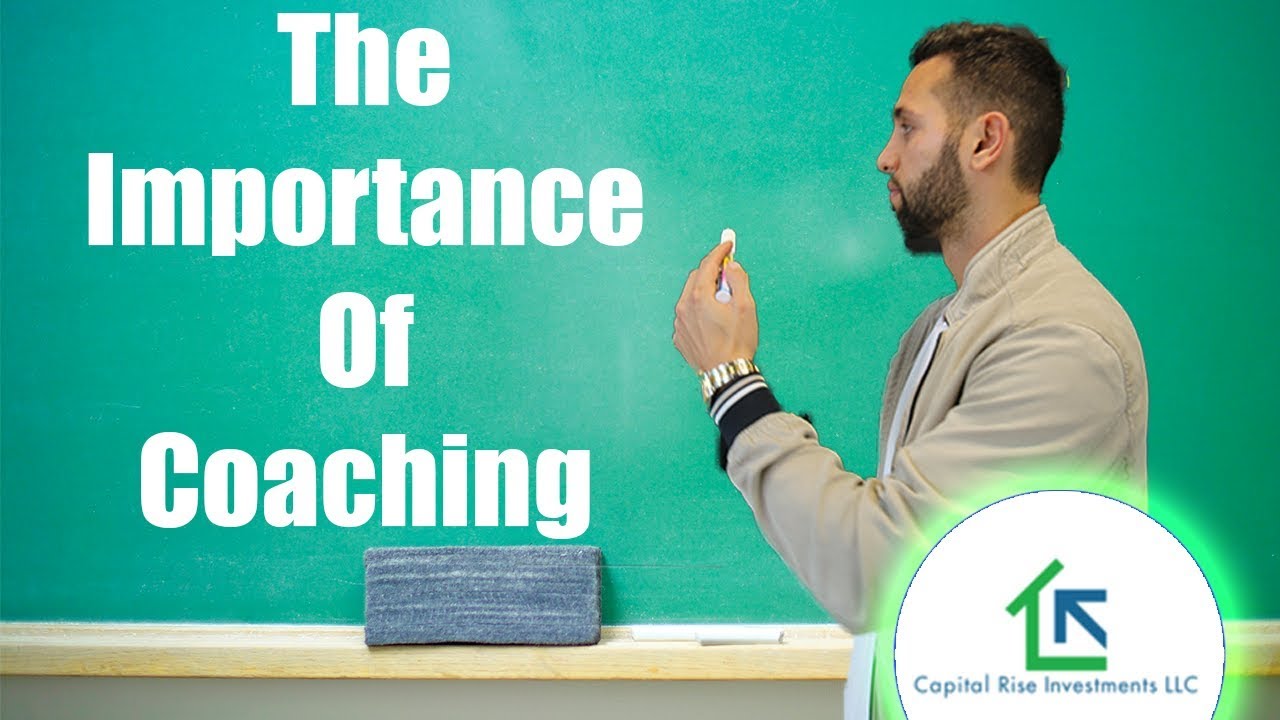 So, everyone’s out of the office today except for Ollie over here, Ollie, the camera guy. Pretty soon you’re gonna see how … I want to go over this video on coaching, okay? Pretty soon, you’re gonna see this. I’m in the conference room. Us going over our monthly coaching call. So, we do have a coach that helps us with hiring, with business systems, with cold calling, with everything. I don’t know why people don’t get coaches. I really don’t know why.

So, it’s almost like how can you afford not to get a coach to help you if they’ve been there or they’ve done the things?

Speaker 2: I realized that I forgot to call you. Sorry about that.

Speaker 2: I was really studying here. All right. So, what’s been good?

Speaker 2: So, it’s a great place to start. So, we talked before, and you guys were like, “Holy shit. The world’s coming to an end. We know exactly what they … I don’t really know how to make money.” Now, you’re crushing it. So, what’s the difference? What did we learn?

Speaker 3: People in the office.

Speaker 1: I would say the biggest thing is people in the office. We’re tracking projected … We’re really tracking hard the revenue and the metrics. And also …

Speaker 1: The cold calling too in offices has really done us a shit load of—

Speaker 2: Awesome. And you sent me this. Is this linked under [inaudible 00:02:30]. Let me put this in here. In this like in a tracking for the cold calling or let’s see—

Speaker 3: It’s right in the Google drive we have. If you click on 4 18 2019, I put all of our callers’ individual tracking sheets in there.

Speaker 2: All right. Hold on. I gotta do this thing where I try to find your stuff here. What was it called again?

Speaker 3: So, the folder is … Okay, I guess I should send you the folder link again.

Speaker 3: Any of those copy of Rodrigo, copy of [inaudible 00:03:19], copy of Philippe, those are all individual callers and the sheets. The most [crosstalk 00:03:23] would be Adrian. If you click copy of Adrian, he’s done the most calls.

Speaker 2: Alright, so let’s go through these, so I’m opening them all. So we’ll start with Rodrigo. Just so you guys know how [inaudible 00:03:36] grosses. So the problem now is his contact ratio is shit. It’s garbage. Are you looking at it?

Speaker 3: Yeah, the initial one was the old data. So that first week was old data, so really he’s kinda like part-time he does dispo, but he does calling randomly when he wants to, and so really the only one he’s done with good data was yesterday. But still it’s low.

Speaker 1: There’s two things I’ve learned from coaching, and you guys should really write this shit down, I just hit myself, put it in your brain, put it in your brain. Number 1: Everyone makes mistakes, and it’s better to learn from the mistakes from somebody else, than to make them all yourself. So let me shorten that number one, basically learn from mistakes, that’s what coaching does, you learn from his mistakes. On our last calls we talked a little bit about cold calling, which he does a lot of, and we’re like, “hey, what buttons do our guys click, click these buttons, ah shit,” that would’ve taken us two weeks to figure out, we solved it in thirty seconds. Mistakes that what books are made … That’s why this podcast … you learn from people who do shit, and you don’t do that shit, you do the opposite shit, and you get better results. Tons of mistakes out there guys don’t do them, don’t mess them up.

So coaching is so key, I’m going to cut this off and take you on a little journey, and you’re going to see in a second us getting our coaching call. I want to encourage you, it doesn’t have to be one that you pay for, it doesn’t have to be anything crazy, just look for someone who knows a little bit more, just a fucking little bit man, it’s like you want to get pumped, you have to look for someone who’s pumped, right?

So anyway guys, enjoy it peace see you, I’m not going to do an outro here so subscribe like this shit I’ll see you guys later see you on the other side, peace.