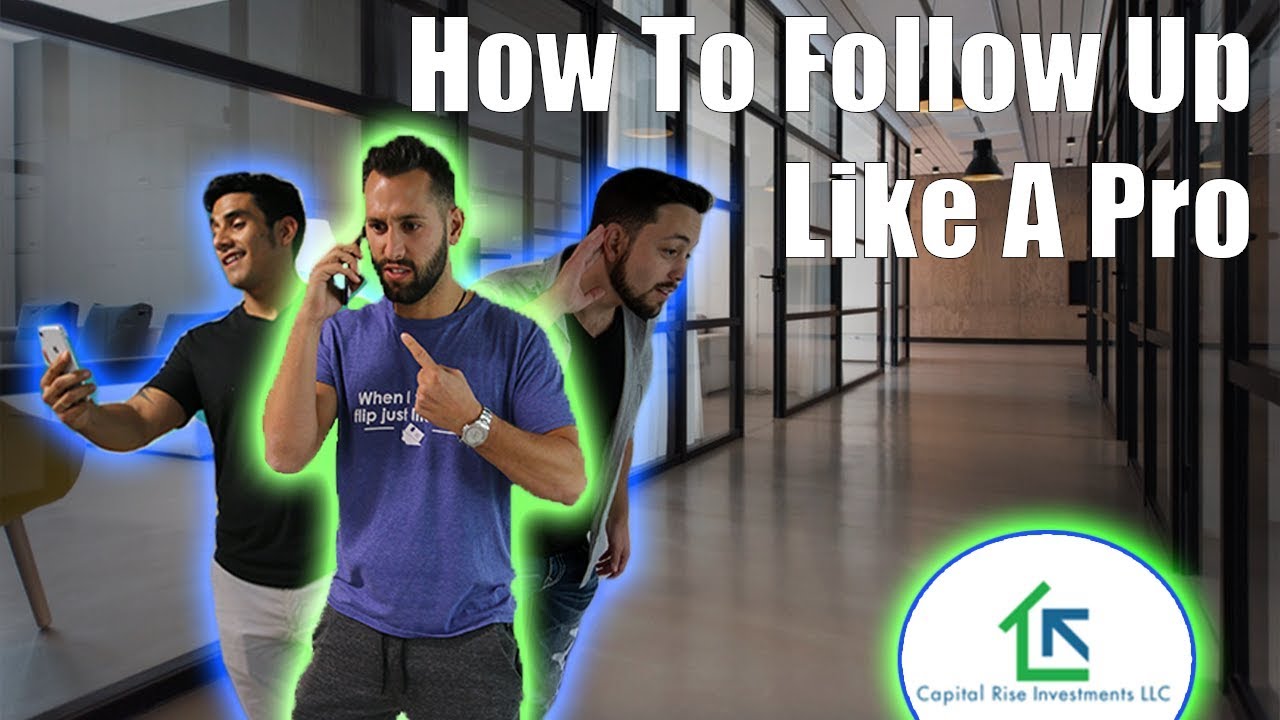 Speaker 1: … give us some pro tips on follow-up.

Speaker 1: All right. So, we’re talking about follow-up. Follow-up game. Why it’s so important. And the importance of consistently being in people’s faces.

Speaker 1: For any type of product.

Kevin: … that’s all right too. And it’s fun. We actually had a bunch of follow-up. One of the appointments we went on at first, I don’t want to say the actual bit, but [inaudible 00:01:31] that [Jules 00:01:32] went on, at first, we thought that the date was in their contract and things like that.

Kevin: And we, through some follow-up and touching up base with them again, it revived itself. And sure enough, we got it for $30,000 cheaper than what they had on the contract form with the last guy.

Speaker 2: And I would probably bet that some of our Vegases were never on follow-up. I don’t know about some but I kind of bet that.

Kevin: Yeah. And you think it’s kind of like this underrated segmentation that people had that first, that caused the follow up to be so powerful, meaning they’ll go online and they’ll look up on Zillow something and it’ll take your house for the certain price, takes them to hear from a few people what the house is actually work for them to realize what they have isn’t as great as it is and basically the first one to jump and buy it.

Kevin: And what do you think I need to take from that I guess

Speaker 2: Right, so the thing about is that if someone goes to shop a car, the first thing they do is they go online and they look at some cars,

Kevin: Check out the car facts

Speaker 2: Yeah, they go, say you want to a BMW, you go on the BMW website and maybe like there could be a BMW near you. It is what people are doing, right. So, you’re going to go and maybe look on Zillow what the houses are worth, there might be actual calls and now they are getting ready or they might fill out the form online. Just because they do it to us means they do it to a lot of people, so person to answers the quickest, the person who has the best service and the person who follows up gets it. It’s pretty much the name of the game. Yeah they want simplicity and they kind of like Kevin said, being there, if you’re there, after you go, before you go, on the phone you don’t give a deal the person you don’t get a deal. It kind of goes like that a lot of time.

Speaker 1: Yes and it’s a relationship right, you’re nurturing that relationship long term so being who you are right, and you already know something about them too. But one time I remember my, one of the guys I use to work for would write really detailed notes and he would write everything he could about what he knew about that person. Kids, soccer games, errands, this that, he said once he talked to him for the first two three months, he would know so much about them, that they feel guilty they didn’t [inaudible 00:03:43]. I have my kids, I’m asking so many things now, you’re going to go do that with somebody else? At least give me a chance. So that was a good point.

Speaker 2: And this real estate stuff is like a long tail sale. I heard you guys talking about emotional, and people it’s a big investment so it takes longer for people to make decisions some times. So if you get to know more it’s like what you said, you feel guilty, yeah that’s guy up 5 grand more but damn we spent 3 hours talking already about your kids and know about the dog Fluffy and things like that. Come on, you know. It’s like that subconscious

Kevin: And they’ll feel more comfortable that you’re working more their, pressing interest since you’ve done all that lab work they’re going to feel more comfortable that basically you’re going to get to the closing state, whatever is going to fall through you’ve had the same relationship, they feel towards you, you feel towards them. So it’s a give and take. I think it’s really powerful and –

Speaker 1: And I feel like a lot of times it isn’t even about the money, because investors, it’s the same range right, it’s only going to be 4 or 5 thousand more, 4 or 5 thousand less, and that’s where anybody that’s smart would get it at. So it’s not the money, it’s the terms. The terms are the relationship that people have with you when you are able to build with them and you’re only able to build terms once you different out what the buyer wants

Speaker 2: What the buyer needs. Which we were talking about with Kevin today, we had little discussion on terms, how we can more for a house later, to create a financing end. We tell him the main thing is we got to get the problem and then how do we solve the problem using terms. I need thirty thousand to do it. Cool. What about we do the thirty thousand now so you can go do that, leaves you more reason to place, then we give you 20 thousand later when you buy your next house. So he’s even getting more than what he thought and all because we understood, we feel for us because of the terms that we generate. The year we probably sell it and make 50, et cetera. So understanding that and if you didn’t do it because they were closed off or on the phone because they’re closed off that is what you should use [inaudible 00:05:48] for, try to use [inaudible 00:05:50] to think a little bit wider so you can create a better scenario for the situation.

Speaker 1: It’s like the sauce of the actual appointments, the internal, what’s actually going on.

Speaker 1: The [inaudible 00:06:38] brand is more like taboo, all over the world right. Internal is like all the back end work