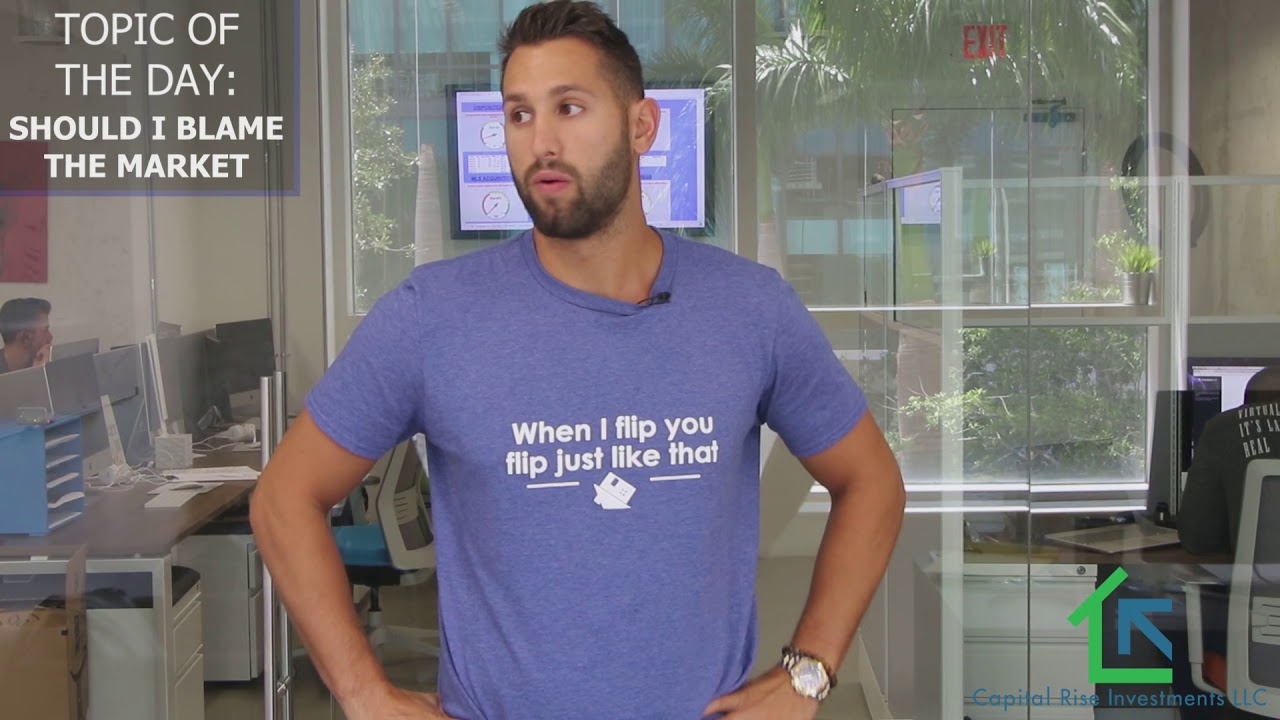 And I’m not a big believer, and I think a lot of successful business people are not believers of ever blaming the market. However, I do think you should be aware of the market. It doesn’t mean you blame that, it doesn’t mean that you blame it for, ah, I made less money, or less people on my team, or blah, blah, blah. No. But you should be aware of what’s going on so you can pivot on your business end.

So let me give you an example. In today’s real estate market things are pretty high. There’s not a lot of inventory available to be flipping and making huge profits like there was in 2010, 2012, etcetera. So back then when you could have bought a house and made $50,000 on a fix and flip, and that was everywhere, right now you’re probably only going to make 20-25. Throwing out numbers. So what do you do? Do you blame the market and say, “Oh crap. Well, I’m just not going to make $50 grand anymore?” Or maybe do you say, “All right, I’m aware that I’m only going to make 20-25. Let me either do two of them, or then maybe let me do one, and maybe let me rent something. Let me buy, and rent, and refinance. Let me do a little wholesale, let me do a little ape being an agent, maybe becoming a listing agent, becoming a buyer’s agent. Maybe let me figure something out so I can make a little dough.

Yeah. Yeah. So those are my two cents, man. That’s my two cents. Be aware of the market and pivot. Just know what’s going on. It’s very simple to know what’s going on. You go and meet people that are in the business actually doing deals, pick up the phone, call them, text them, find them on Instagram. Go to networking meetings on Meetup.com. All this stuff. Meet people that are actually doing deal and just ask them, “So, what do you think about what’s going on right now? Where are the deals? How much money are we making? What can we do?” And then based on their answer you know what’s going on in the market. And people love to talk, people love to help, believe it or not.

So don’t blame it, but be aware of what’s going on so you can be able to shift and pivot. Pivot. All right, guys, subscribe below somewhere here. If you want to hear more, I’ll be coming out with some more vids. Peace, one love.