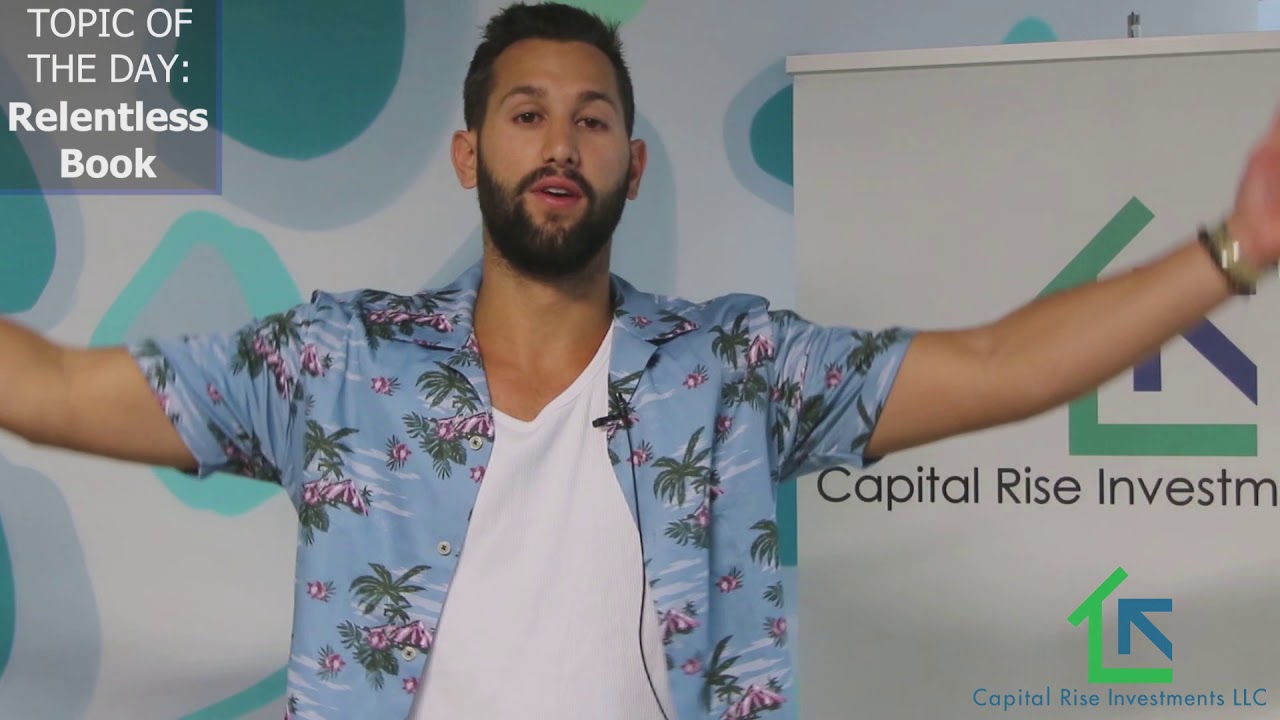 Raul: What’s up guys Raul here Capital Rise coming to you live. I love saying that man, I feel like a rapper or something. Anyways, so today I’m going to go over a book that I recently read I thought was amazing. And I think everyone should read it period, especially if you’re in the game, some kind of business game. Relentless by Tim Grover however you pronounce it’s I think it’s Grover. Dude so the guy, this book is really interesting man. And it talks about he was a coach for MJ, Michael Jordan, Colby, Dwyane Wade and many other badass basketball players. But really he goes into like the detail of the training of these people, and their conditioning, and the way that they live their life to get the mos optimal results in their craft.

So, we see these ball players. You see MJ, you see Colby, they’re ballers, right? You see Dwyane. Dude, what goes in the backend, what goes behind the scenes at the gym that’s intense man. And he goes into it. He doesn’t really talk much about the workouts, but he talks about how early they have to get up, how often they have to eat. MJ when he first started with Tim his every move was calculated man. He was calculated from the time he got up to the time he went to sleep, for optimal results. You want optimal results you gotta go through that crazy type of life.

And that just shows you that this does not happen by chance. People that succeed 99% doesn’t happen by chance unless you’re a prince from like Dubai or Saudi Arabia and you’re birthed into royalty like gold flakes showering as you eat cereal in the morning. That usually doesn’t happen it’s like enth of a percent. So it’s really cool.

The guy goes into how he trained MJ, and how MJ’s a cleaner meaning MJ pretty much does anything to win the game, or get it done, or be a champion. He goes over cleaner, there’s closers, and I can’t remember the last one, but those are the two that are important. And he goes over the type of people they are, what the qualities are.

And he relates it a lot to business. So it’s really cool. It’s an awesome book, super inspiring, there’s a lot of motivations, there’s a lot of legit things that he tells you to do to actually become a cleaner, or become a powerhouse type of person.

Really cool, highly recommend it. No affiliation just it’s a good book. I wanted to talk about it on camera. I hope that some of you guys read it. It helped me out. Lately I just read it a couple weeks ago, it’s helped me out. So guys, check it out. Read, learn, educate yourselves, get good, be good, be great. One love.