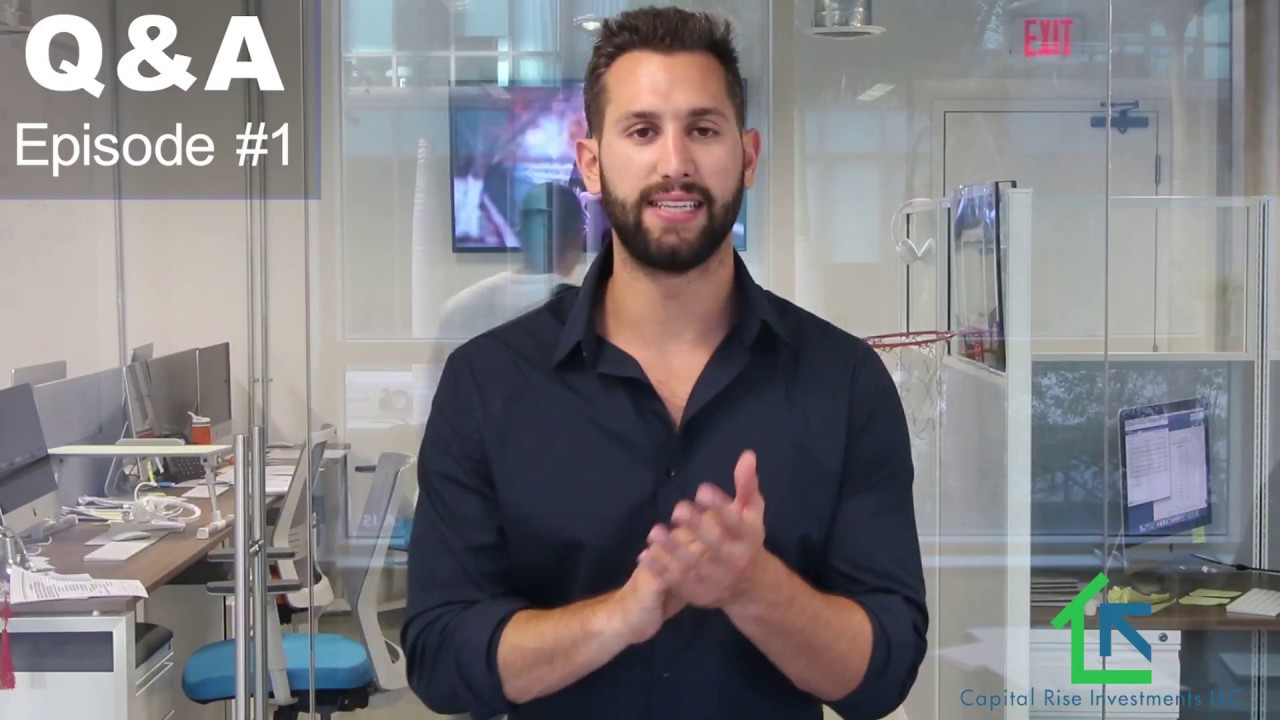 Raul: What’s up guys? Raul here from Capital Rise. I got Ricardo, the main man, he’s behind the camera but he’s going to be asking some questions that we’ve got in through feedback, and stuff like that, and I’m going to be answering them. Hit them.

Ricardo: What are your dos and don’ts of closing a deal?

Ricardo: All right, all right. In addition to that, what are a few things that can go wrong in a real estate deal? From personal experience.

A little background, we’ve done probably close to 300 transaction at this point, so I’ve seen, I don’t want to say I’ve seen it all, but I’ve seen a lot. So many things. The biggest things I would say is time, okay? Time and money. Those are the biggest things in business. Time and money would ruin a deal. Either, the closing dates, either the buyer can’t close on time or the seller can’t sign on time, that happens really often.

Money, either they don’t have the money to wire right away, the mortgage is taking a long time, you gotta figure out with the lender, the [inaudible 00:01:40] lender if you’re doing a cash deal. Those are the biggest things that can go wrong.

Try to line those ducks up in a row, once you get the deal with the contract. Be like, okay, who’s your lender? Call them, make sure they’re verified and make sure everything’s good. A, you guys know that you’re closing on February 15th? All right, cool. Hey buyer, you know you’re closing on February 15, right? All right, cool.

Ricardo: What do you look for when buying an investment property and how do you calculate if it’s worth it for you?

I look for returns, it’s that simple. I think all of us investors could agree to that. Basically we’re in it to make money. This is an investment. We’re investing our time and money to make money. I always look at returns. When I look at a deal, I see what kind of deal is it? Is it better for, buy it and resell it? Or is it better to buy it and hold it? It all depends on your strategy, and your goals. I look at how much return am I gonna make if I sell it, how much return am I gonna make if I rent it.

Ricardo: From what I understand of the wholesaling industry in real estate business, I understand sometimes you have to do renovation. Have you ever had to do rehabing on a home?

Raul: Yes, I have. We’ve done quite a few of those already. I don’t move as often as I used to, because I’m really focused on the whole sale, but yes, we do renovations. I’ll give you a couple of little tips for that.

Number two, make sure you buy right. Buy right. You make money in the buy and not the sell. That’s why people like us exist. I know we might not always have the best steals that meet your criteria, however, we do encourage your feedback. I want you to be like, hey Raul, this deal is great, or this deal sucks, and here’s why, and here’s my offer, and here’s why you should take it, and I will love you for that.

Yes, I have been fixing flips. Make sure you get professionals, make sure you buy it right. Get in and out as quick as possible, man.

Ricardo: That was a strange punch.

Okay, since it’s the last question, do you have any stories about a client that you worked with that made the process extremely easy or difficult when you were a realtor, or, as an investor?

Raul: Interesting, interesting. I’ll give you one today, that made it difficult. Just because it’s on top of my head.

We were buying a home off market, privately, through a homeowner, and she’s going through a tough situation and we’re helping her. What happened here was, she wants to close very quickly, in like four or five days. It’s possible, and I told her this, this is possible, I’m not saying no. I’m just saying it’s not likely. I’m being honest, all right. I don’t want to be unethical with you. I don’t want to say, hey, let’s close in five days, and then we close it in two weeks.

I told her, look, it’s probably not going to close in five days because the title company’s gotta do it’s title search, research. She keeps arguing and arguing with me. I’m not a very big confrontational person, I say what I need to say, and you can take it with whatever you want.

She’s making the process a little bit difficult, because she doesn’t want to listen to us, that we actually know what we’re doing. I understand she wants to close, she has some knowledge, because she says she used to be a notary or something. I was never disqualifying her, I was just telling her the facts of what really goes down.

In this case, what I did is, I just gave her the information to the title company, so that they can answer her questions. Sometimes it looks better from the real professionals. The title knows more than me about titles. She made it a little difficulty because she really wants to close fast, she didn’t want to listen to us.

People who make it really easy, usually buyers make it easy, man. For instance, one yesterday, we got her property under contract out there, we got her property under contract, and my guy texted to me, he’s like, yo, we got this, I’m like, damn, I want a buyer for that, man. Mind you, this buyer he’s bought from us before, I’ve been to lunch with him, really cool guy.

I texted him, [inaudible 00:07:29] He’s like, okay cool, and then we’ll see it. In twenty minutes we went to go see it, he called me. “Yo, I want it, what do we gotta do?” Hey, here’s the price. Hey, can we lower a little bit? Sure, you know for you, I’ll do anything. Sold it. Contract. Signed it. Very easy, very smooth, man, very smooth. Because he believes in us.

I understand that there is a relationship that needs to be made, however, the people that I see make it a little bit more difficult on us, and really, both parties, is the ones who are very skeptical and very untrustworthy. Which, I understand, but I can answer any of the questions that anyone on my team can.

Ricardo, you done with some questions, man?

Raul: We’re all good? All right, guys, I hope that I answered some of your questions. Those are just some random ones. We might be doing this more often, cause it’s kind of fun. Maybe we’ll bring him and the camera, maybe not, I don’t know. Maybe he’ll just be the mystery. Who knows?

Thank you guys, and I appreciate it. I hope that I answered any questions. Subscribe, keep watching, I don’t know, buy something, invest in yourself, lend money, I don’t know man. Just do something! Not that you’re not, but just, this is an outro here, okay. Thank you guys, take care.