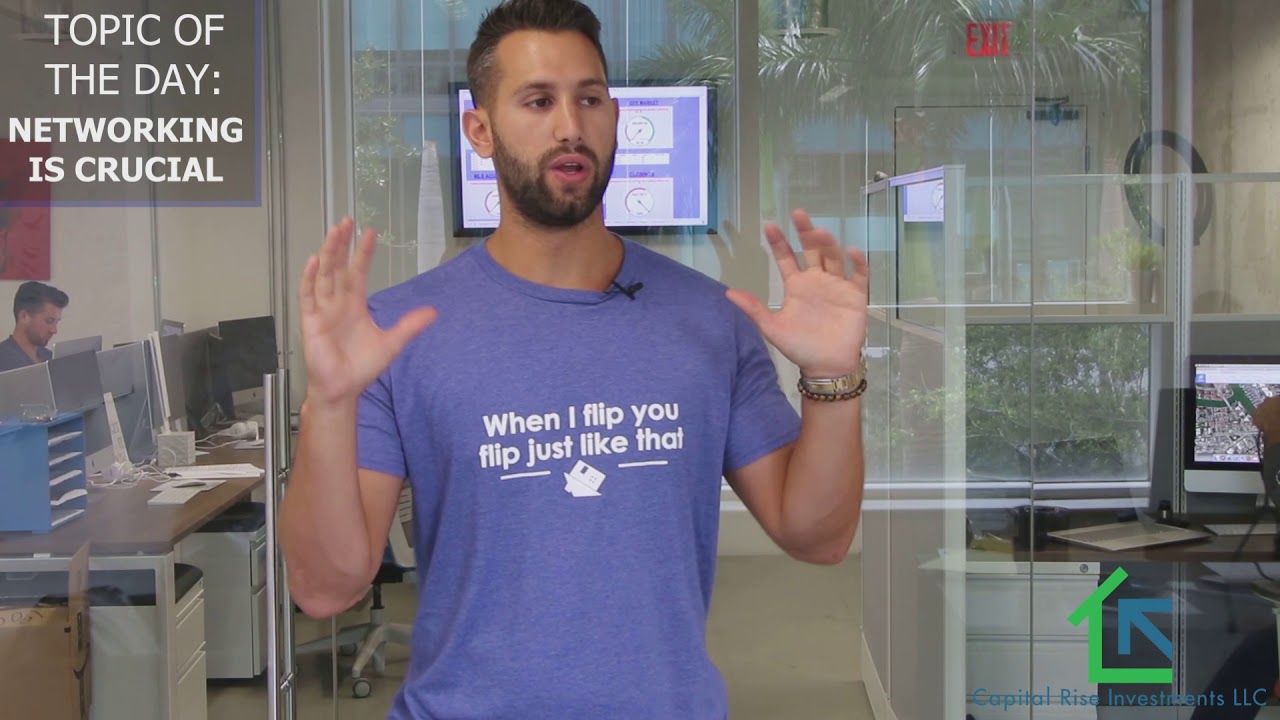 What up guys? How’s it going? You guys are not going to answer me, but I’m assuming it’s going well. So, I’m going to talk about, I’m going to give my little two cents about, Raul here from Capital Rise, I just did that all discombobulated. I’m just all messed up today. I haven’t done videos in a while.

So, going to talk about today, networking, how crucial is it. I think I made other videos about it, but every time I go to like a good event, I’m like man this is dope, this is important. You meet such cool people, especially in like the local market. So, another wholesaler here named Andrew and his partner Duane made an event, or kind of like a little gathering, of some of the top producers around here in the 305, in the 954, which is Dade and Broward if you guys don’t know what I’m talking about.

And basically we go, we meet, we met in like a restaurant where they rented out a little piece and there was food, and we just all went there and just talked and networked. We all gave ideas, we all gave what’s working, what’s not. And a lot of deals were made right there, so it was so cool. And that made me think it’s like, man, people in their own industry whether it’s real estate, sell shoes, cars, whatever … they kind of see their competition or whoever else is in their market as like a bad resource, or something like … I don’t want to talk to you … but, you know this abundance mindset thing that people talk about, what the fuck does it mean, it really just means that there’s a lot of things out there. There’s a lot of deals, there’s a lot of money. I think we could all agree that there’s a lot of money out there, okay? And if not, they’ll print more, I promise you.

So it’s really cool when you get around people and everyone’s kind of sharing. There is a fixture of people who won’t want to share, and that’s cool. You don’t talk to them. You say, “Hey, cool what have you been up to?” Nothing man, they’re all like bitchy, okay, you walk on to the next person.

But, so what’s cool, there was a lot of deals there, a lot of referrals. I got a couple GCs from meeting people there, I got a buyer that I sold deals to and he was there, and it was awesome to meet him and put a face, we got to talk about deals and what’s going on and his success and stuff.

So I just encourage, like, go out of your way … make it a point at least once a week, at least once every two weeks if you’re lazy, to go out there and find a little networking group. There’s a ton out there if you just look for them. Or, you want to be smart, create your own. Do a meet-up thing dot com. Meetup.com, create your own group and put it on your Facebook and put it on Instagram. Or go out there and find them and go talk, network, enjoy, make money, live life, have babies, have grand babies, and cats and dogs. That’s about it.