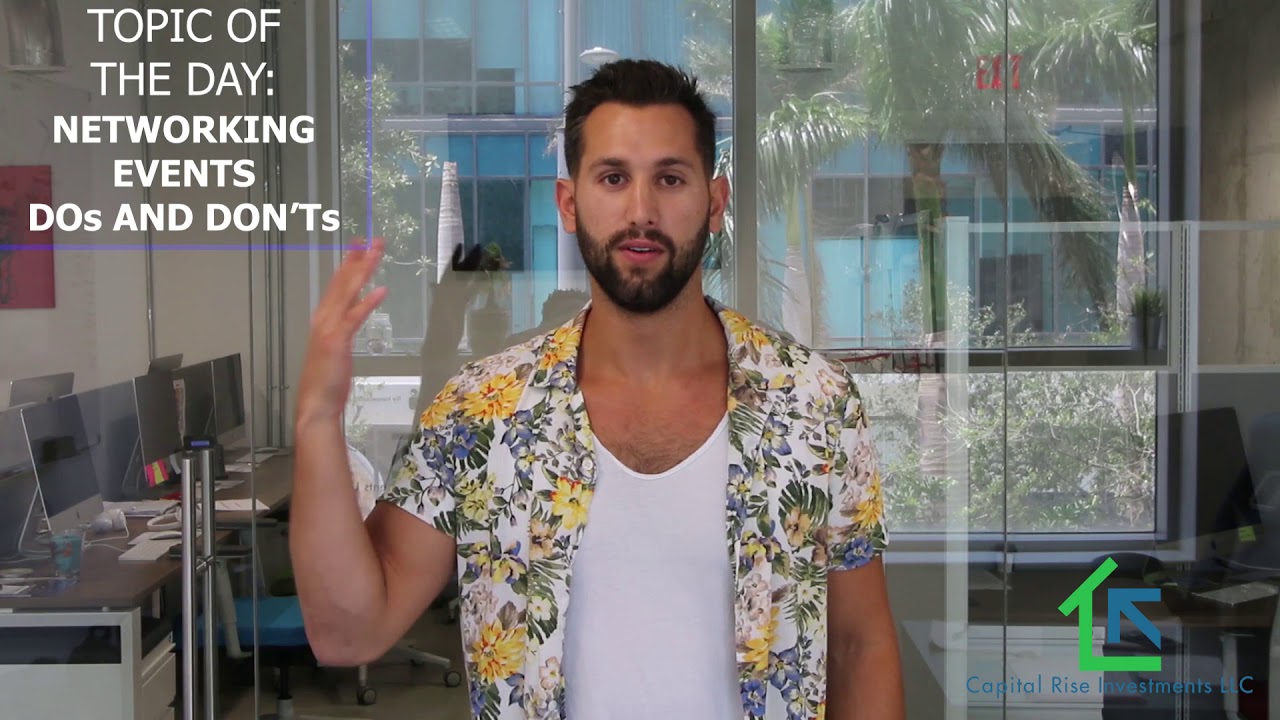 Raoul: Hey guys, Raoul, coming to you live, reporting live from Capital Rise Investments. Man, actually, I wanna show all this stuff we did on the wall, but I will put that in a picture or something.

I wanna talk to you today about networking events. It’s a two-part video, very short but two-part. One part is, are you guys interested in them, because we’re planning on doing one once a month, and I wanna see if anyone’s interested and how many people would attend, and stuff like that to know what kind of venue I can get. Do I get a restaurant? Can we do it in the office? Et cetera.

I want it to be educational and also networking, so I want people in the real estate industry who either wanna learn about wholesale, investing, fix and flip, buy and hold, et cetera, and a little bit of networking, people talking and mingling and stuff.

That’s number one. Would you guys be interested? If so, just email us or whatever, you have our contact info there. Number two is, I’ve gone to quite a few of these and I find it interesting what people do and don’t do, so I wanna give my little two cents of what to do and not to do.

Number one, what to do. Talk to people. Not the bartender, not the waitress, not the waiter, not the manager of the thing, talk to people there, man. What are you there for? Get out of your little bubble and just say what’s up, “Hey, what’s up? What do you do?” People already in that environment, they’re already expecting to be spoken about their career. If you go out to a bar randomly, it’s weird if you just go up to someone and say, “Hey, what do you do?” It’s like, “Whoa, back up.”

Here, people are going for that, like, “What do you do?” “Oh yeah, I do bam, bam, bam.” People love to talk about themselves. So talk, and listen, okay. Listening is more important. Maybe I should do listen and talk, whatever. Listen and talk.

Anyway, if that would interest you guys, a networking event, I would love to know and I’m curious to know your locations so maybe I could set one up in the middle. I also have a link to talk with us, if you have any questions of the process, the properties, whatever, and also got a really cool spreadsheet I wanna share with you guys that I built and is free. I just want you guys to have it to properly analyze deals ’cause I feel that’s a big flaw in the market.

Anyway, thank-you guys, and be in touch.