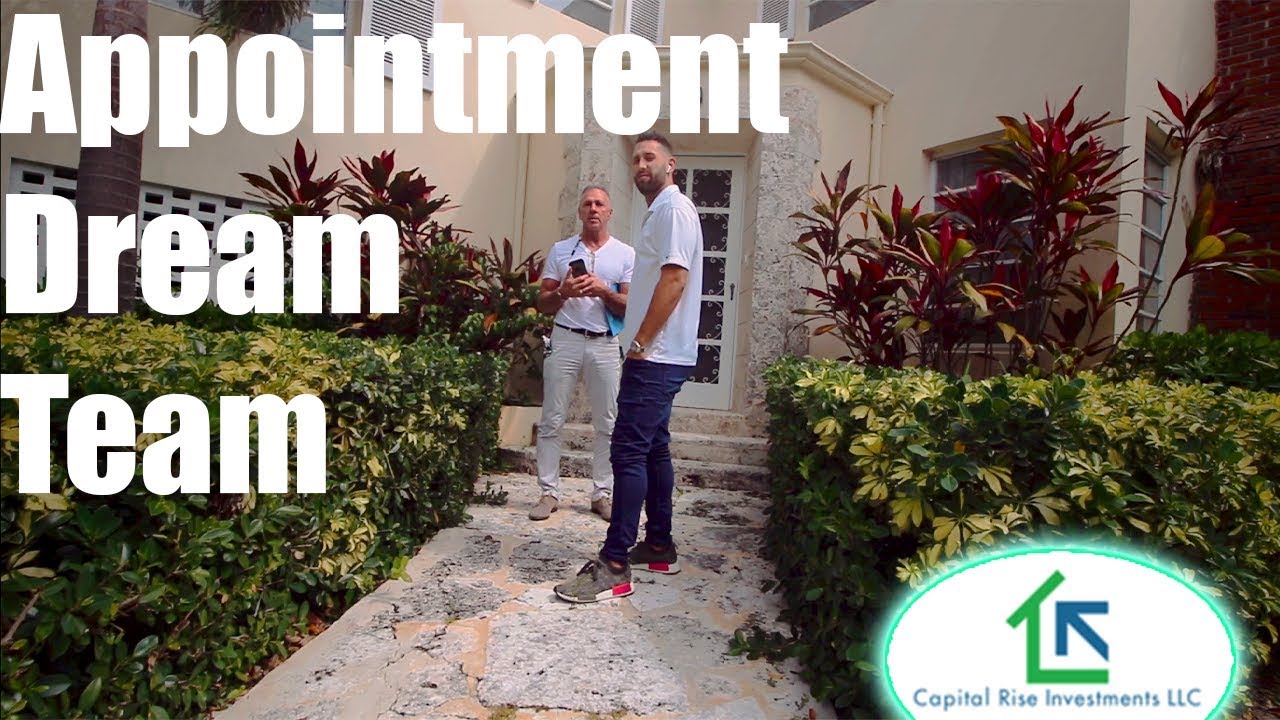 Speaker 1: Yo, yo, yo. Okay, so we finished that appointment with Anna, and we’re going to put some clips here. We filmed some good stuff actually, in the negotiation there and everything. Bottom line, we didn’t get the deal. Anna’s an older lady, she wants retail for the home. That’s okay, but the biggest concern is that she doesn’t know where she’s going to go. She wants to move to North Carolina, but she doesn’t have a place. Her daughter was supposed to give her, her house next door, but she rented it. This lady is probably like 85 or 90, so it’s not like she’s very nimble and can move back and forth and bounce around.

So, there’s a couple of things we have to solve. We still left her with a contract. We still left, and we told her that we could possibly list it for her, if anything. We’re going to put her in contact with our listing team.

Anna: All the houses, a row of houses, and this S-man came to the door and told us, and I was there. I was only six and I hung on to my father’s pants.

Speaker 1: So, we always try to monetize our leads, right? So we try to buy it whole sale. That is our number one strategy. Pay cash for the house. And then if we see that we’re far off, we just dabble in the listing. “Hey, we do have an awesome listing team. They work with really well in this area. They would list this house, and you can get top dollar for it. Is that something that interests you?”

And then you go there, and you just see what they say. In this case she said, “Yeah, I mean I’m interested. I talked to some other agents, but I didn’t trust them. I didn’t like them.” We built some really good rapport at the time. So, it looks like she’s at least on our side. She liked us. She said that we’re all good looking. It was dope.

So at the end of the day we’re just trying to help her out. We’re trying to help her out, seeing the situation. I don’t know if we got it on film, but I asked, “Like look, does it seem to make sense to sell the house? You might as well just keep it, you know?” She said, she’ll probably just die there if she keeps it, which is kind of sad.

So, the appointment went well. We did the process. The only thing I would have changed is I would have uncovered the deal killers first. When I say deal killers is, who else must she talk to in order to do the deal. Let’s say we were ,theoretically, to give her the price that she wanted, and the deal she wanted. Could she make the decision right there? The way that we overcome deal killers is to say, “Hey, is there anyone that would be upset that you didn’t talk to, before you finished this transaction with us? Is there anyone that might need to know something before we finalize this?” Sometimes it’s yes, sometimes it’s no, but it’s better you know that upfront before you start giving your price and everything.

Anyways, we did the best we can. We left her with a contract. We left her with an intent that we’re going to call her, our listing team is going to call her and we walked around the house. We took pictures. We uncovered her motivation. We had a really good story with her. She was actually a really interesting old lady, you know. She was telling us about how she fled from, where was it again?

Speaker 1: From Belgium to France. And the forest with her dad, she was six years old. And then they found someone to make them passports and what a crazy story. What a crazy story. She was running away from Germany and all that. So, whatever. It was awesome. Although we didn’t get the deal it was good. We’re going to put in our follow up funnel and hopefully we’ll get a listing out of it, and it’s like a $900,000.00 house. So, it would be pretty cool.

Now we’re going to another appointment coming soon, so we’ll do a video on that. Peace.