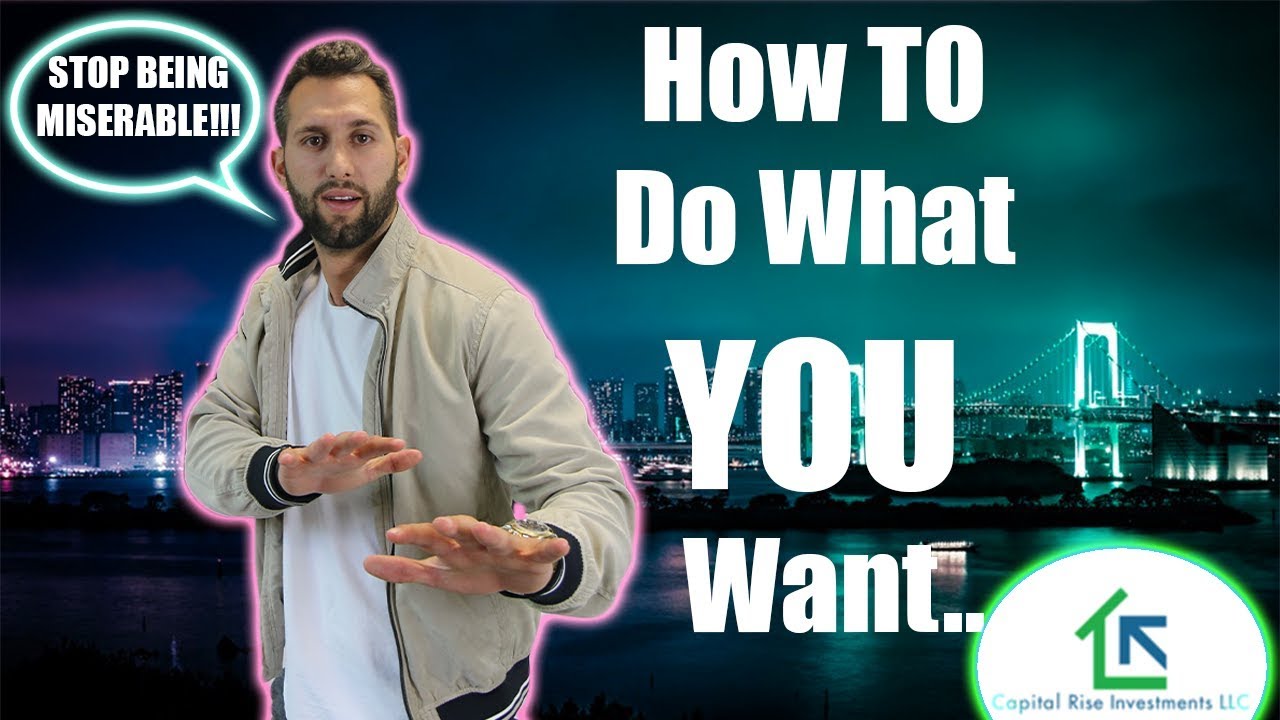 Raul: Hello, my people. So real quick, let me get into this. This is something that lately I think I read it from something from Gandhi or this spiritual book or some kind of podcast. I don’t remember exactly where I heard it. But it’s really impacted me in a big way.

So a lot of times we try to hit goals. We have big goals, and we’re on our way to get there. And that’s fine, that’s awesome. I think some of the pursuit of happiness is reaching something that you want to reach. But now here’s a different spin to it, if you’re not reaching your goal, that’s okay, or if you’re on your way there, that’s okay. But a lot of people find a lot of stress and anxiety on the way there. A lot of people find it like, “Ah, this is hard. I’m pushing. I’m grinding.” Like, “I’m trying so hard. I’m not getting there. I’m almost there. I’m almost, almost, I’m grinding.”

The second thing that’s really helped me big time is putting in my mind that no matter what, I want to think, say, and do what I want. And what does that mean? That means that everything in your is congruent. So your thoughts are congruent with your words and are congruent with your actions. So if I’m reading that every single day of my life, and what’s happening is that anytime a challenge comes up, anytime something I don’t like comes up, or anytime I’m like working on something, my first thought is what I do. It’s basically acting upon instinct. There’s this book called Relentless by Tim Grover, he talks a lot about acting on instinct, and that’s how Michael Jordan, D. Wade, Kobe. You train to get a really high level in instinct and just act upon it.

Then I go deep into that, it’s a really important point, and it just brought me a lot more overall excitement and joy and like push in my life. So it’s like every day I wake up and as soon as I get thoughts, I just think, say, do what I want. It’s that simple. Don’t complicate it. Cool. If you think about, I want to move that chair over there. Oh, I want to test drive that car, or I want to check out that house, or I want to call that person, or I should text that person back. Just do it. What’s the worse thing that could happen? Course correct later.

So subscribe on this channel if you like what you see. There’s a get the little bell, subscribe so you can see the notifications, all that stuff. Really want to get to a bunch of followers, not only for the sake of having followers but to be able to push out more content and help more people. And I really want to hear what you guys have to say. If you guys are doing one of these variations of these two, comment it below. I’d love to hear your experience with it. And yeah, guys, peace. One love.