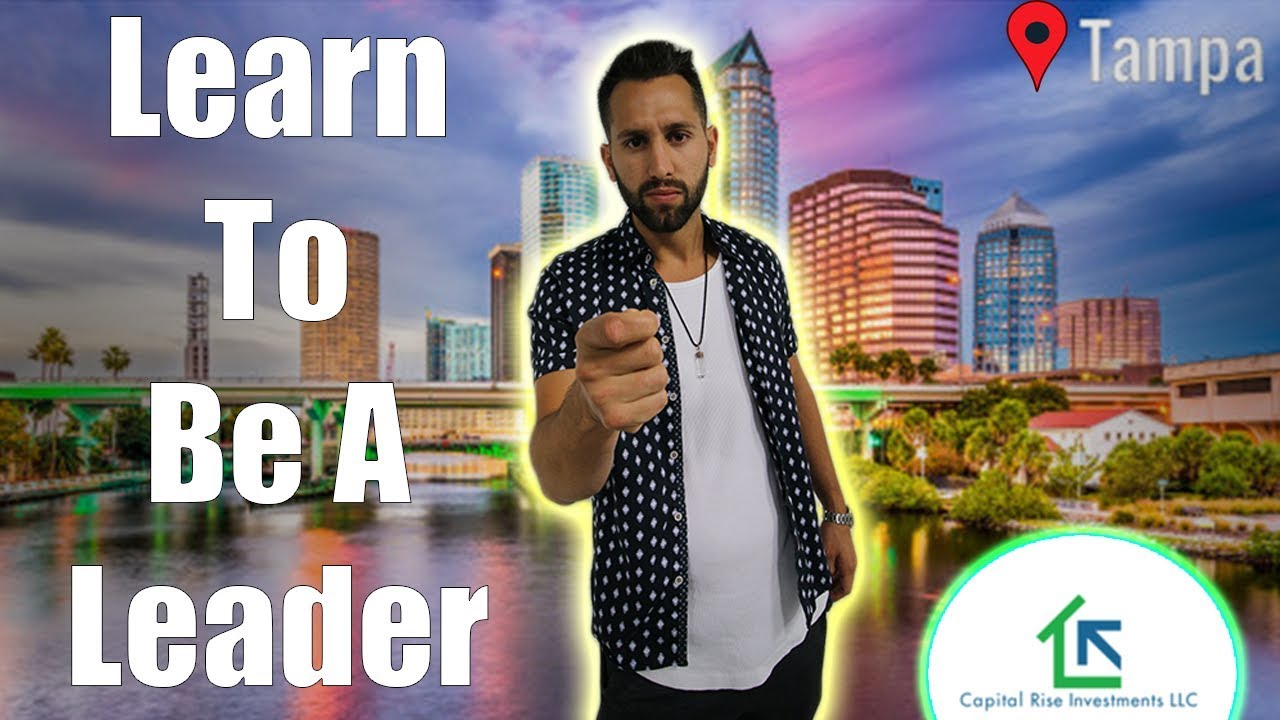 Speaker 1: What is up? What is up? All right, so I’m here in Tampa, Florida, came to an event for Raphael Vargas, the Real Empire Event. So far so good. He has a really dope ass business. He has some systems and stuff dialed in that I’ve never seen before for this kind of business. The way they track their numbers, their marketing, their mail pieces, they’re cold calling, the text blast, everything is pretty, it’s very, very above average to say the least. But anyways, I mean he’s a super cool dude. But anyways, this leads me into this video of why it’s so important to be a good leader and how to always train for this. I’m going to give you steps to do and also why it’s important to learn different things and how that helps your leadership abilities. Even if you’re a one-man show, you have to learn to be a leader for yourself.

Remember, if you’re trying to start a company, and you’re one person right now, it doesn’t mean it’s not a company. So you’re technically an employee to yourself right now. You always got to think of a business that way. And if you’re not being a leader, and you’re the leader of that company because that’s you, then you’re doing something wrong. So let me go into leadership thing.

What is the leadership thing? You got to have a grip on things. You don’t have to be in the middle of everything. But the most important stuff is you have to be okay with doing everything, showing people how to do everything and then moving on. And then being respected and then being the guy that people are like, “Yo, he knows what he’s talking about. You can’t bullshit him.”

I don’t know if you’ve seen the show, Undercover Boss. That show always amazes me how these CEOs that get paid $10 million a year, don’t know how the things work in their company. Granted, there’s fucking millions of procedures and thousand and thousand people that can’t know every role. But there’s a lot of key roles I’ve seen that they have no idea how it works, it’s crazy. But anyways, being a leader is doing the shit, making sure your team knows how to do this stuff and helping them figure it out. Instead of telling them what to do, it’s better that you ask them like, [inaudible 00:02:07], “Hey, how would you do it?”

So for instance, in my business, often we do a five-minute call every day and let’s say one of our goals was to send a certain amount of offers. You got to send five offers today, let’s say, and our acquisitions guy sent in three. Instead of telling him, “Hey, send five,” I’ll say, “Hey, man, how are you going to get to five?” And he’ll answer me. And now, that’s being a leader. Why? Because I’m not solving the problem. I want him to solve the problem. “Oh, well, maybe I can dig into some old leads.” “Okay, cool. So can I count on you to do it tomorrow?” “Yeah.” “Do you know how to dig into the old leads?” “Well, does it?” “Yeah. You have to click that button and that button. Have you done that before? You want me to help you?” “No, no, I got it.” “Okay, cool. So tomorrow I can count on you for five? Awesome. Cool.” Leadership. Leadership. Okay. Let them figure shit out.

Number two, learning. Coming to events, reading all that stuff, all the shit you hear, but more importantly, if you want to be a leader, and you want to make a lot of money, and you want to have a great business, you got to just be around the people. And then you’ve got to take this information that you learn here, you learned from other people, and you go and you implement it into your own team, into your own life.

For example, let’s say I learned how to do RVM blast differently here. Say, “Guys, this is what I learned. It’s working really, really well for him. What do you guys think about it?” “Oh, well, if it’s working, awesome.” “How about this? Let’s try it. I’m going to help you figure it out right now and then let’s make videos. Let’s figure out how to do this together, maybe we can outsource some of it. Does that sound good guys?” “Yeah.” “Look, let’s try this out for six months. Let’s see if it works as well as they say. And if it gets results, that’d be fucking awesome. We’ll all make some more money. Sound cool?” That’s leadership. So you’re getting your knowledge and putting it into your team and you are leading them in the right direction.

Yeah, my arm hurts. So, yeah, guys, I just want to make a quick video on that. Now, we’re here. Tampa. So I’m going to go to dinner with a couple of people I met from the event, and yeah I can just go from there. Anyways, guys, peace. Subscribe, like this shit and see you guys on the next one.