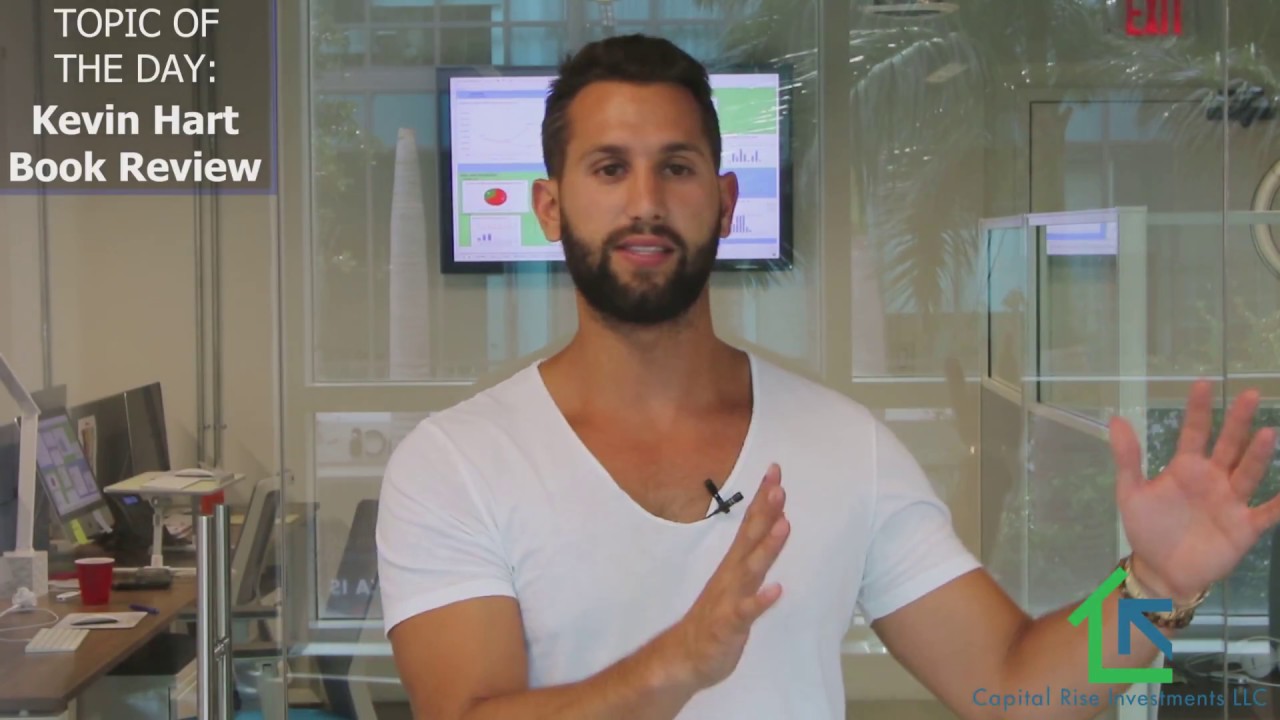 Rahul: Whats up guys? [Rahul 00:00:01] here, coming to you live, reporting live from Miami, Florida, Midtown Florida, Mid block, Suite 207, anyway I went far there, but, anyway, so, I [inaudible 00:00:15], ,I read through these book reviews, I’m always reading books, so, I read this book about Kevin Hart, called I Can’t Make This Up. I hope it come outs here … I gotta tell the editor, and it’s really interesting, and I got attracted to read this book because I saw an interview of him online, of kind of his story and how he made it all, and I was actually intrigued to hear like his story, and how much he persisted, and his level of intelligence, not to say he’s not smart, I never knew the guy. I don’t know him, but, sometimes you see these celebrities and you think that there’s no intelligence behind them, and then when you dig deep it’s like, damn, this guy like has brains and he’s really interesting.

So, I read the book, and it’s so cool how he talks about all the failures, you know, he’s here, he’s on top of the world, he’s filling out stadiums, and he’s doing movies, and he’s super rich, and super famous, but no one really saw the amount of time, and effort and failures he went through to get there, and in the book he goes over how he used to sell shoes, and then his friends thought he was funny so he started doing comedy, and then it took him like six years just to get some popularity of non-stop traveling, every weekend to New York, and New Jersey to try to perform on stage, then he finally got some movie deals, and then they fell through, and then, you know, then he had to start traveling back, then he started making a little bit of money, then he owed too much on taxes, then he had to work just to pay off the taxes. This is eight nine years of him just hustling on the streets, doing three, to four to five shows a week or more, whatever, all these, with the hopes and dreams of making it.

It just kinda shows like persistence pays off, you know having your dream, having your vision pays off. Even the biggest celebrities, Kevin Hart’s huge, I mean he’s small but he’s huge, right, so, it’s just crazy and he has a really inspiring book, and it just goes to like the real story, and how his mom was super strict on him, and pretty much calculated his life and schedules and blocks, and he says that now, as an actor, as a famous comedian, everything is scheduled for him, and he’s like completely okay with it, so, really interesting book. I definitely recommend you read it. It’s good for business, it’s good for yourself, it’s also good for anyone who wants to be in the movie industry, or acting, or comedy or anything in like the stardom type of thing, really cool it talks about all the insights of that life and really fucking interesting, so read it. It’s good for your mind, good for yourself soul, good for your body, it’s not good for your body but it’s good for everything else, so, if you wanna hear more, subscribe somewhere here. Peace.