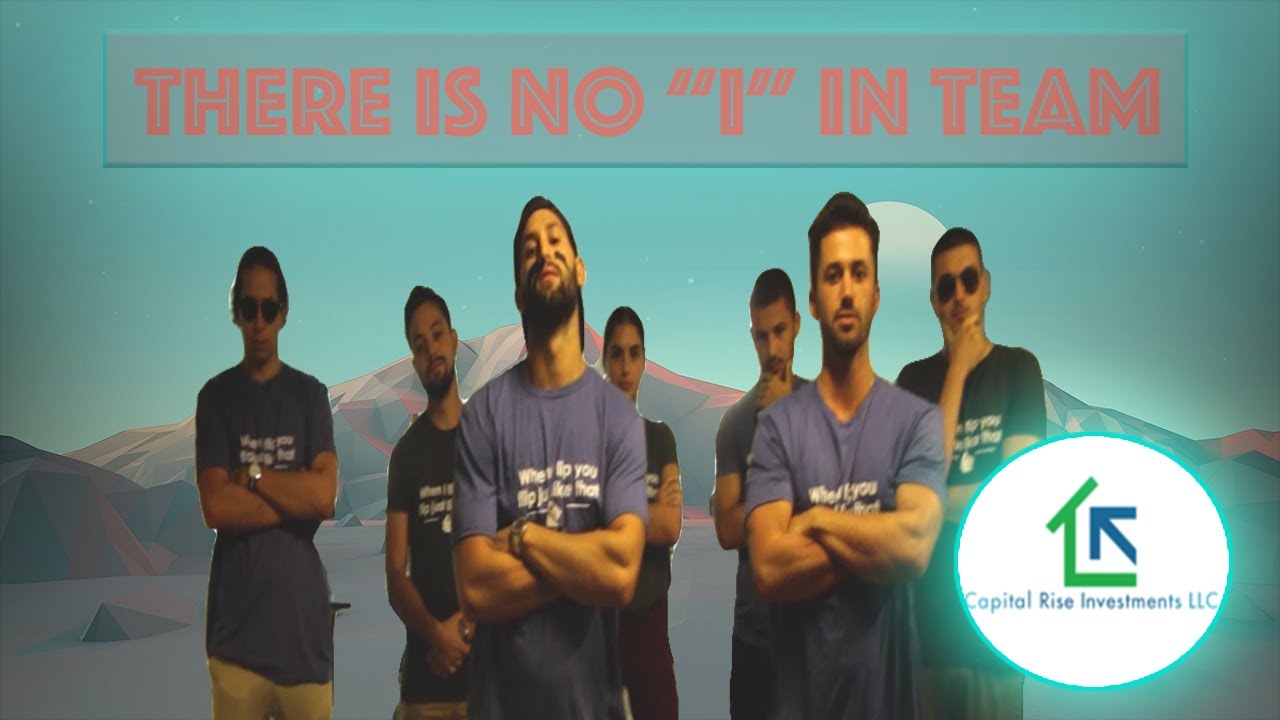 So, I’m going to talk today about team, team building. So we’ve been in business for 4-1/2 years, we really started building a team about 2-1/2 years ago, three years ago. I’m sorry, one year ago, three years into the business I meant. And a big quote that stuck with me, I forgot where I read it, I want to say Sean Terry said it or Kent Clothier or Justin, one of these guys in a mastermind I’m in, “Be slow to hire and fast to fire.” Okay?

Obviously you can kind of tell what that means, but let me go a little more into it. Into it. Intuitive. Anyway, so … basically interview your people, man. Interview and make them go to two interviews, have a phone interview, make them take a personality test, do a mock negotiation with them. Make them sell you a cup of water, make them sell you a pen, have them talk to other people from your team. Be very slow to hire, it’s important. A bad hire is so bad, so bad, bad hires so bad, that should be like a rap song or something I should make a rap song. A little white boy making a rap song. That’s what I’m going to do, I’m going to stop this, I’m going to close the shop, forget your people, rap song.

Anyways, I’m going on a tangent here. What happens when you have a bad hire, besides a bad hire, if you have other team members it ruins the environment because they feel like, all right, this person, I’ve been a part of this team or I’ve been working with you for a year and then you just hire this person that’s bad. You don’t have the same value as us. It’s important to have core values written in your mind and then hire based on that, right?

So it just sucks. All right, number one you lose money because … number two you lose time, and number three everybody hates … nobody believes in what you’re doing anymore. It’s the weirdest thing, right? So you lose a lot of money because the guy doesn’t produce anything or the girl doesn’t produce anything. Whatever. You lose a lot of time because usually if you’re a small company you have to train them, you have to spend a lot of time training them, telling them what to do, what buttons to press, how to analyze a deal, how to sell, whatever. And then they don’t do nothing and then they leave or and then you have to fire them.

So take your time, take your time, okay? in the south Florida job market it’s pretty crazy, there’s jobs everywhere, there’s people everywhere, there’s qualified people, unqualified … and it’s like that in every market, right? I’m just relating to what I’m doing right now. And what I notice is a lot of people like to take the quick dollar instead of kind of like the slow growth. So you have to kind of determine that when you’re interviewing people and ask them the right questions. Hey what would you see yourself doing in a year, like what do you really like, what are you passionate about? If you could wake up tomorrow, what would you do? All these kind of things.

And then, if you feel they’re right, I would say it’s funny I had lunch with another investor yesterday and we were talking about the same thing, he’s building his team. And he’s like, “I make them do this personality test.” And I’m like, yeah, me too. He’s like, “Oh, that’s most of my decision.” And I’m like, man, you know what, for me, it’s about 40% personality test, the questions or whatever, and about 60% intuition.

So, the test is not even a decision maker, it’s more intuition, so how do you gain that intuition factor? Interview a shit load of people, talk to a shit load of people, talk to a bunch of investors, talk to other business owners, ask them what hiring mistakes they’ve made. Ask them what hiring successes they’ve had. Use that collectively, put it in a little brain bank … we should animate some shit here. A little brain bank and do the right things and don’t do the wrong things. That’s pretty much it. And then you’ll start gaining a little intuition like, ah, this guy said all the right things but I didn’t like it. This girl told me that, but something didn’t feel right.

And you’ll be surprised, and you’re never going to make all the right decisions, you’re going to hire people that are going to be bad. That’s just the way it goes. But just keep at it and try to kind of [inaudible 00:04:48] your mind and then make an intuitive decision that is like as accurately as possible through collective information and stuff. I know that was a really complicated way to say to hire some good people or else you’re screwed, but I hope it helped at least a little bit. A little bit. A little bit.

All right guys, subscribe below. Be talking a little more [inaudible 00:05:18] in a couple videos soon. Peace out.