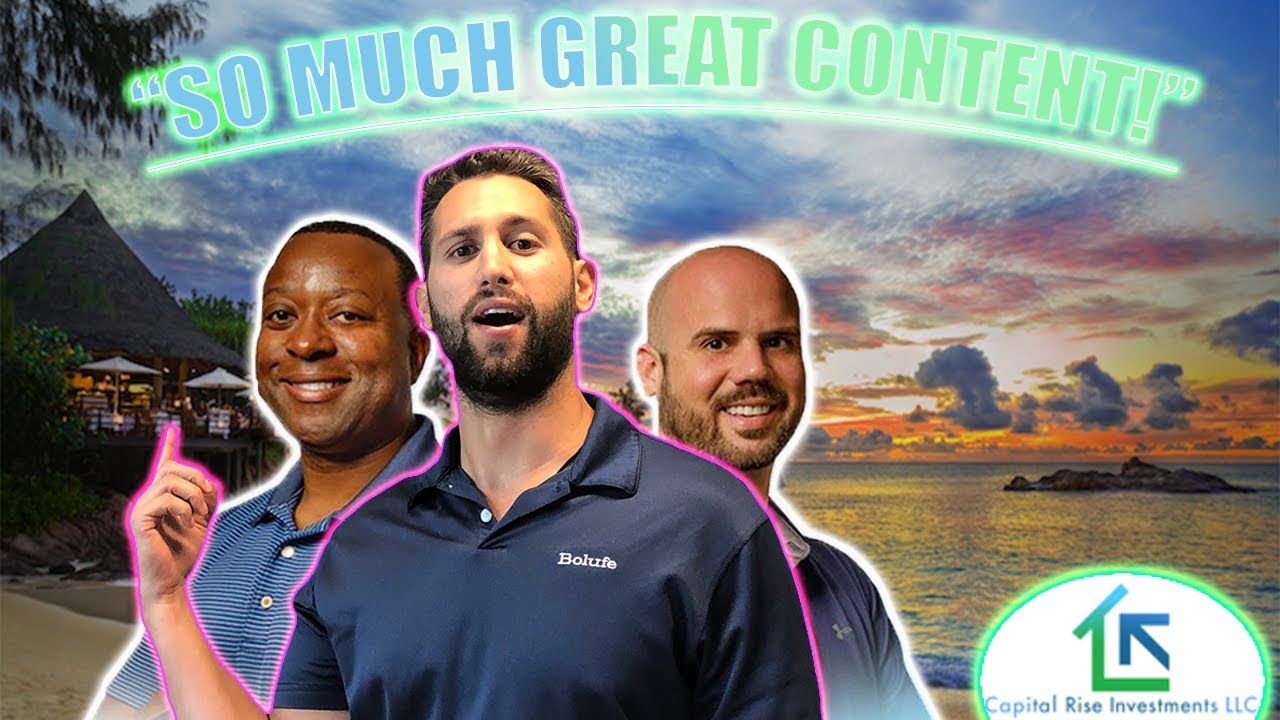 Speaker 1: I know right. What’s the name of the Street Fighter controller thing

Speaker 2: I have no idea

Speaker 1: It was, that was a long time ago, Ken something something else, Alright so we’ve got Raul Balufe on the line with us today, So Raul, course, you’ve been going now for what a couple of years I think that…

Raul B: Like you guys and everyone else that’s in the group and just like always the proximity of being with people that are in the industry doing a ton of deals, there’s a guy doing over 300 deals a year in Washington, you know you’ve got Chantere all these people so being in a room with these kinda guys and having…

Speaker 1: …sometimes you gotta go out and look at the problem. How do you handle that part of it?

Raul B: So if I was starting now I would actually drive and go to it. I would start doing offers in the county that I can drive to. And now we have a full time runner, that that’s kinda his job so our agents have his phone number or we’re in the same Slack channel, and so if an agent says “Hey I’ll accept your offer but you gotta go see it.” They’ll shoot him a text and say “Hey check out this property and send me back the pictures.” And they’ll send him the address and the access, he’ll go out and check it out, send us the pictures, the agent will get the pictures and send it to the agent “he we’ve checked it out…”

Speaker 1: Rual, I know that you’re a little less than 40 years old, I would assume right?

Speaker 1: So a young man in business right but you’ve been in this thing for a long time, so if you could give us, cause I know a lot of people heard your story but a lot obviously might not have heard your story, and I know your an inspiration to the younger people who are getting started and think people won’t take them seriously if it’s business so can you give us kind of a brief background of how you got started and what you’re doing right now.

Raul B: Cool love it, yeah so…agent cool how many offer’s they made, “I don’t know” “well how many agents have they phoned up with” “I don’t know” it’s like well what the heck man, I can’t tell you the same thing about mail and then you’re gonna tell me I’ve failed you know, you’ve gotta know the numbers and actually try to do it.