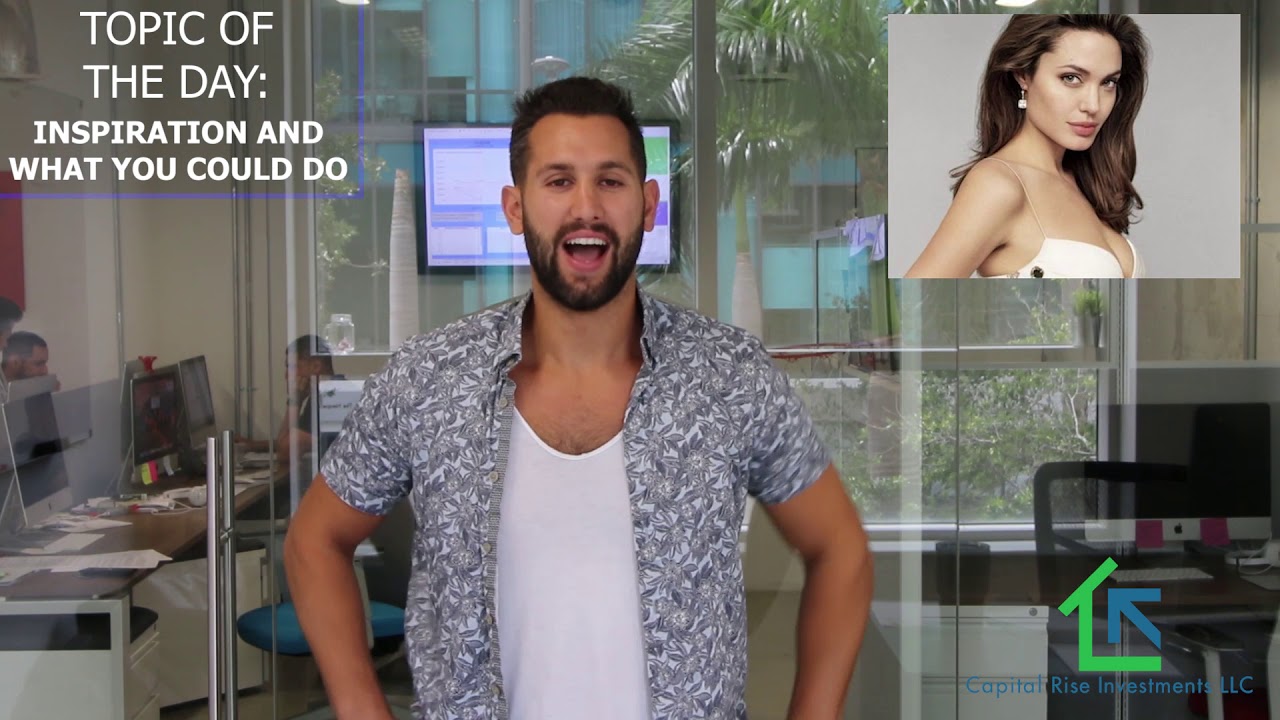 Speaker 1: What’s up guys? [inaudible 00:00:04] here. I just did an exciting video, so now I’m going to do a calm video. I want to talk a little bit today about inspiration and what you can do in your everyday life to inspire yourself and hopefully inspire others. There’s a big chance that none of us are gonna be as big as Tony Robbins or these guys. I mean, there’s a chance you are, but whatever. What I’m trying to get at is, even if kind of just touch your circle, your group of friends, or social influence, that’s enough to hopefully make the world a little bit better. Okay?

Let me get you some examples. So, basically, something that I started to do and, as you guys can see, I’m starting to make videos. I just … whatever I learn, I kinda just put on video and if one person sees it, all you ever need is one person to see it and tell me, “You know, [inaudible 00:01:03], that was pretty cool,” or “I tried that and it worked,” or “Hey, I told my friend this and they liked it,” or whatever. In my mind, I feel like that can make a difference eventually. One person sounds like nothing, but that one person can tell one person and blah, blah, blah. So, it might be able to do something is pretty cool.

I would say even if you think your life is extremely boring, there is something everyday that I’m sure that you do that’s good that can be documented, recorded and possibly inspire somebody. Let me give an example. Let’s say you’re working in a job and you have a coworker. Her name is Sally. Sally, she’s like, “Hey, person,” whatever your name is, “I need help in printing this document. I’m a little busy.” You help and print this document for Sally. You give Sally the document and then Sally’s like, “Oh, awesome.” She sends the document and whatever she was doing went extremely well. The person she gave the document was like, “Awesome,” and then Sally’s like, “Man, thank you so much for that document. It was awesome.”

All that sounds boring. You could make a video and say, “Hey guys, today I helped Sally and it helped her project go well. I printed this paper and she was super happy. You guys should help others.” Stuff like that. I know it sounds stupid and simple, but I think it works in the long run and probably change the way that you work, and it’ll change that other people work around you.

So, that’s just a little short video about how inspiration, making little videos, or sending a thing on Instagram or Facebook or whatever, could shape social network and stuff like that. Cool guys. So, if you guys want to see more, subscribe to [inaudible 00:02:50] and we’ll be making these videos every week. Take care.