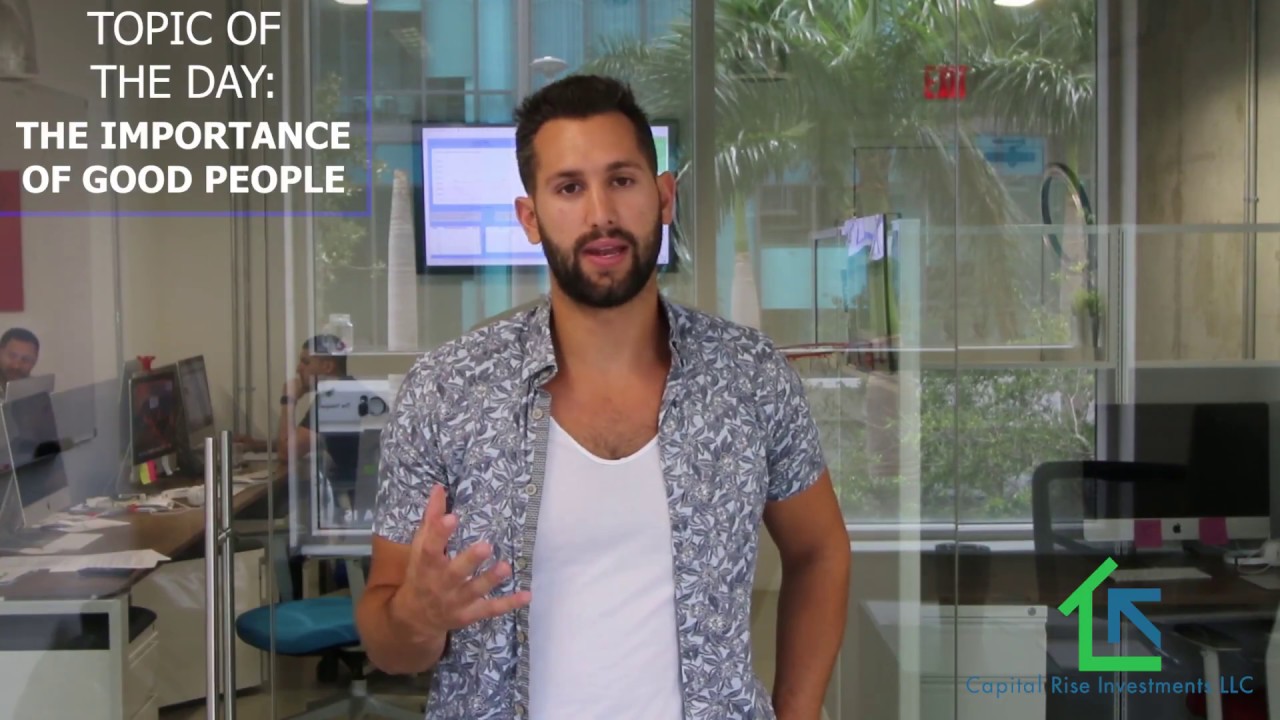 Raoul: What up guys. We’re all here, Capital residence. I kind of like that. What up guys we’re like, ‘Phoo,’ you know.

Capital Resident Investments here. So I want to talk real quick about, I think I’ve said this before, but I want to talk real quick about how important good people are and hanging around good people. Let’s say you’re down in your office, or your work, or whatever, but even friends or even people that are not your friends but you know that can help you or can add value to you somehow. It’s important to at least try to reach out.

If you guys are in the real estate game, you know of Investor Care. Investor Care is a website, is kind of like a website platform for investors. And now they have Agent Care which is for real estate agents, so check them out. Most stories, the owner, Trevor, or one of their founders, he has a pod cast and I’ve been following his work for a while. Pretty cool guy. He seemed like a really cool guy. He talks a lot, he’s had some really cool people in his pod cast. So I reached out like, “Hey Trevor, my name is Raoul, you know, I’ve been investing near South Newark for four years. We’ve done 300 deals or so, we have friends in common and I love your pod cast. I have your websites. I think it would be cool to chat.

He reached back to me. It took a while, like a week or two. Then he said, “Yeah, cool, let’s set up a time to chat, I’m available next week, cool.” So we pout it on the Google calender. We called each other, he called me and we chatted for 45 minutes. And he just made me realize like damn, it’s so important, he gave me so much golden nuggets for free so to speak and I want to say to reach out to him everyone. But this is an example, okay, so he gave me so many golden nuggets and then I gave him as much feedback as I could and it was just cool how that we kind of collaborated and shared ideas and shared what our visions were, where we’re going, team building, what’s worked for us, what’s worked for him.

And it’s just like so powerful when you really think about it, it’s like you’re skipping so many steps. If you get at least a phone call with those people. Okay? A phone call all right. What are you going to take and e-mail, okay. It doesn’t take you much to just send an e-mail to someone that you think would be cool to talk to. Just an e–mail. Send them a text. Subscribe to their video and then comment and say, “Hey, I would love to chat.” Believe it or not people like to chat with people and help them out. Not everyone but some do.

So a little inspiring message I guess woo, oo, so that was kind of bad, I went a little too long. Anyway oo, so talk to people that are good and it’s just like it will center your process and it’s just inspiring to see what other people are doing. It’s inspiring to know that people are actually willing to help you for no cost, for free. Not everyone, but no cost for free and as long as you share something back with them. Whatever your knowledge is. If you’re good at writing on a board or drawing, give somebody knowledge about drawing, even if they don’t ask for it and then in return ask them for real estate advice.

So that’s a quick little tip. Take care of you guys, subscribe. Peace!